Old Ciren started was founded as a group in 2002 as a follow on from the Lewis Lane School Association which had been formed the previous year to facilitate a School Reunion of pupils and Teachers from the Cirencester Counsel Schools in Lewis Lane. Robert Heaven, the founder of the Lewis Lane Association and the Old Ciren Group first put together a Social Media group on Facebook using his personal Family photograph collection, added to which were the Lewis Lane School photographs and copies of other Social scene, buildings etc which were generously shared by the growing members of the group. The Facebook group continues to this day and has 4000 Members and more than 10000 photos in the online collection: the majority of which are catalogued and can be found on this web site. New material is always welcome, and anyone with photos, documents, film etc that they don't mind sharing with the world and adding to Ciren's rich history are encouraged to contact Robert Heaven, or to join the Facebook Old Cirencester Group and post them there.
​Email: oldciren@gmail.com 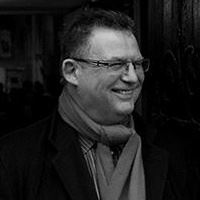